Since the 2016 release of his Alligator Records debut, The Chicago Way, contemporary blues guitarist/vocalist/songwriter (and Chicago Transit Authority bus driver) Toronzo Cannon has burst onto the international stage as one of Chicago’s – and the world’s – most acclaimed next-generation bluesmen. He’s earned his fame through the overwhelming response to his album, the sheer force of his music, his original songs, and his live charisma. Since the CD’s release, he’s played major cities all over the U.S., Canada and Europe, delivering one hard-rocking performance after another.

Cannon’s unofficial launch from local hero to national star took place on June 13, 2015 at the world-renowned Chicago Blues Festival, where he performed as a festival headliner for the massive crowd. After announcing that he had just signed with Alligator Records, he delivered a riveting set, instantly earning tens of thousands of new fans. 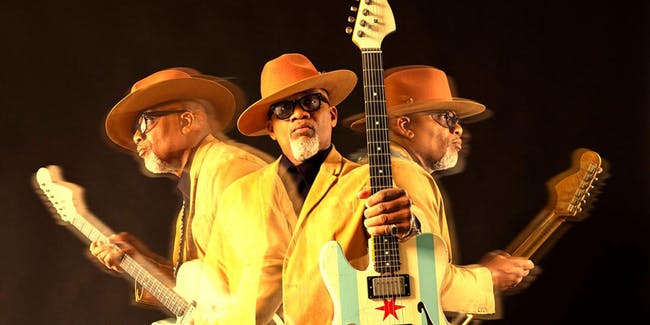